“We have been successful in negotiating with the owners of this Leesville Road property with the intent of having the township acquire this parcel of land,” Mayor Reina said. “As details are being finalized with the landowners, no additional information is available at this time. My priority is to protect existing neighborhoods within Jackson Township and to protect and honor the rights of all Jackson residents. We have found a way to achieve both outcomes with this agreement once it is finalized and approved.”

The parcel of land in question, located at 443 Leesville Road, is owned by Bellevue Estates, LLC. The owner’s application to construct four private schools at this location is currently before the Jackson Planning Board.

Steady Progress with $2.9 Million in Major Upgrades at Township’s Athletic Complexes; Overall Improvement Effort Is “On Budget and On Schedule”

“It’s incredibly exciting to see the transformation of our athletic complexes,” said Jackson Township Mayor Michael Reina. “New turf fields have been installed at both the Justice and Holman facilities. We’re on budget and on schedule with all major improvements. Our residents, and especially our kids, are going to enjoy these improved  facilities for many years to come.” 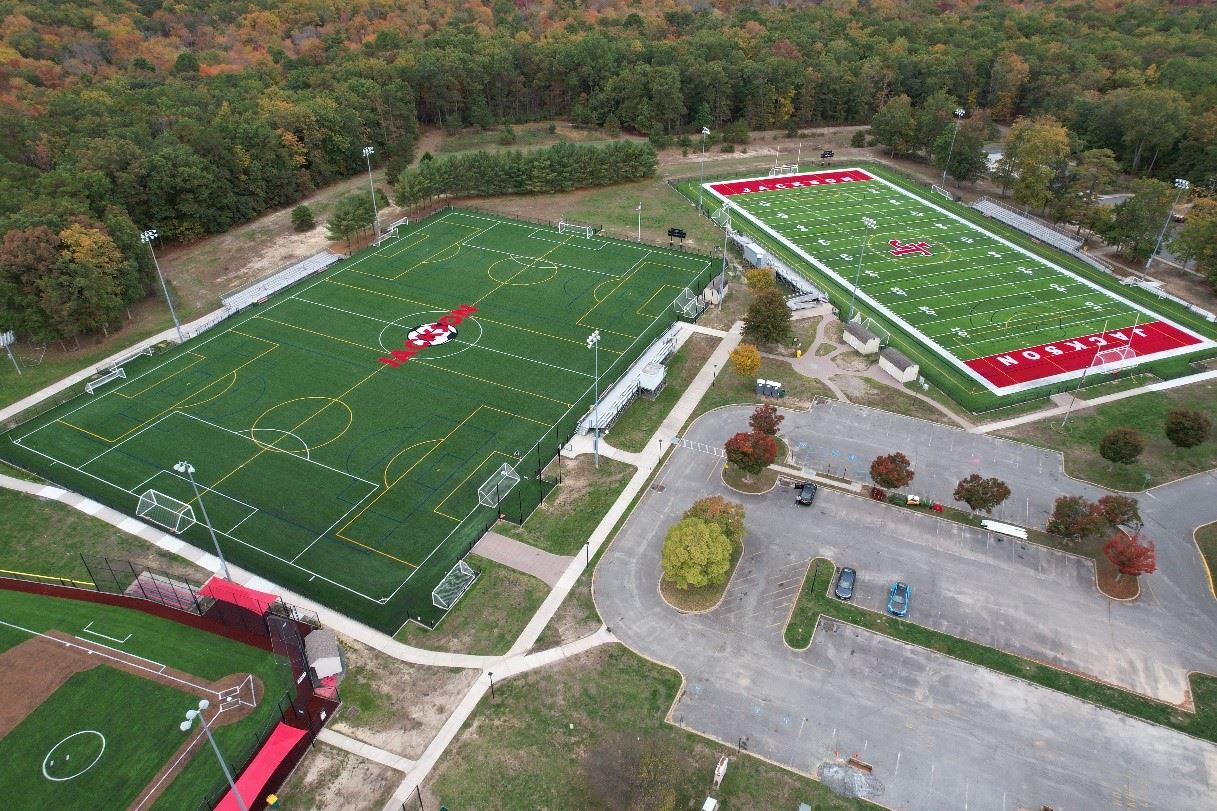 New turf has been installed on the soccer, baseball and football/multi-purpose fields at the Justice Athletic Complex in Jackson, part of $2.9 million in major upgrades at township athletic complexes.

At the Justice complex, new turf has been installed on the soccer field, football/multi-purpose field and two baseball fields. Final sitework is now underway with the installation of ball-stopper posts, netting and other items.

As reported in earlier press releases issued by the township, removal of old turf fields at the Justice and Holman complexes started in June. All improvements will be completed by the end of the year, if not before. This overall initiative is the most comprehensive improvement effort undertaken at the township’s Justice and Holman recreational facilities since the original turf fields were installed between 2007 and 2008. 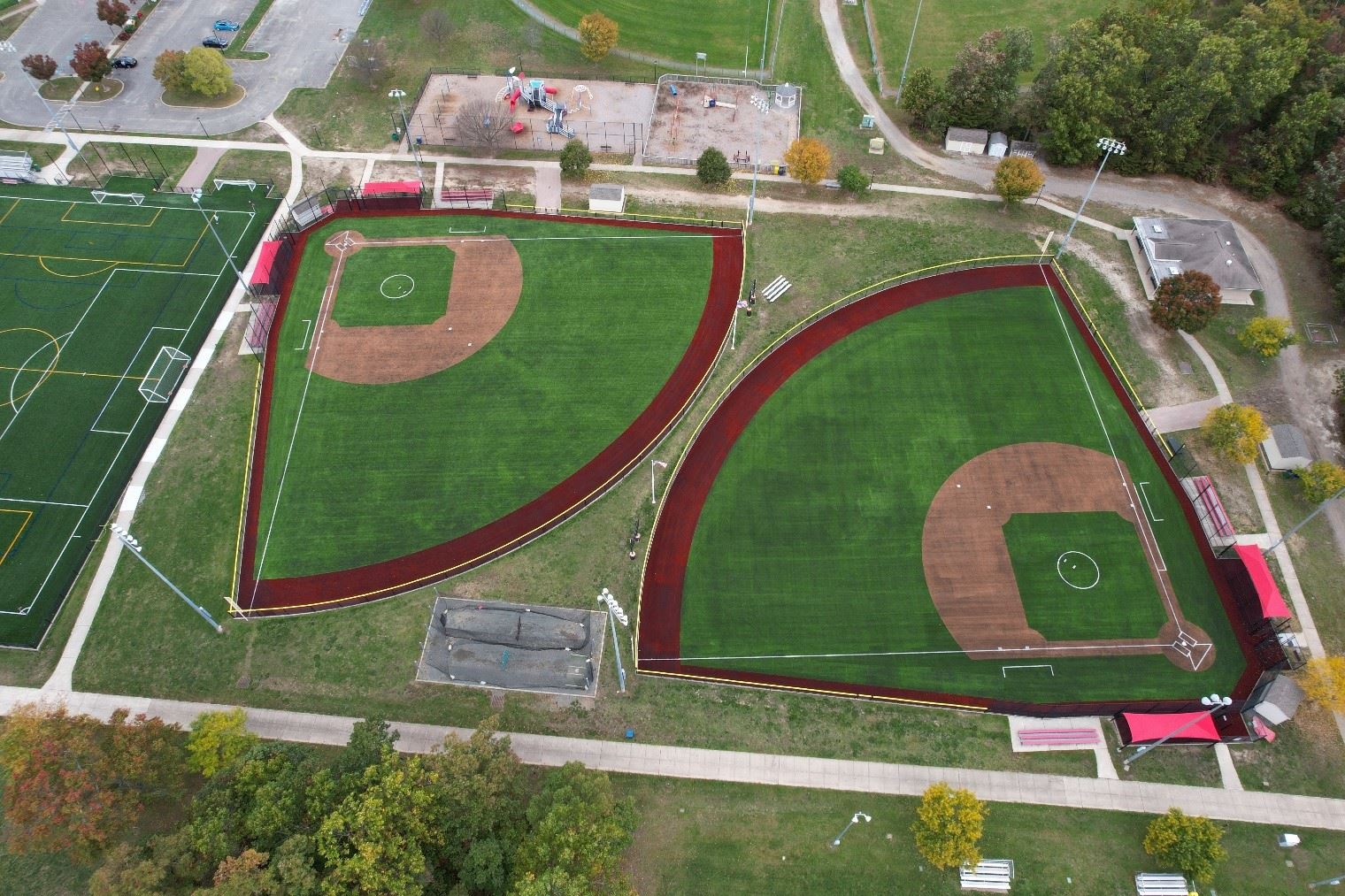 “Investments like these strengthen our community, our families and our children,” Mayor Reina said. “That’s why we’re especially proud of this effort and what it will mean for Jackson Township in the years ahead.”

With the full support of Mayor Reina and the entire township council, the township awarded two separate contracts, totaling $2,898,413, to complete these major upgrades and improvements. The first contract, in the amount of $2,055,913, was awarded to Shaw Sports Turf of Calhoun, GA. The second contract for associated site work, in the amount of $842,500, was awarded to LandTek Group, Inc. of Bay Shore, New York.

As site work continues at the sports complexes, the township asks that all residents avoid these work areas throughout the duration of construction.  For any questions regarding the project, please contact the Jackson Township Engineering Department (T&M Associates) at 732-908-4767.

Jackson Township is a growing, suburban community that offers an ideal environment for families and businesses to grow and prosper. Covering over 100 square miles, Jackson Township is the fourth largest municipality, as measured by area, in the state of New Jersey, and is home to just 60,000 residents. The township boasts an excellent public school system and first-rate recreational facilities, including newly renovated parks and athletic fields.   Situated in beautiful Ocean County, N.J., Jackson is located within a short drive from the Jersey Shore and about an hour’s drive to New York City or Philadelphia. The township was incorporated in 1844. Visit Jackson Township’s website at www.jacksontwpnj.net for more information.

Seat Belt Enforcement and Education Campaign to be Conducted Locally as Part of Nationwide Click It or Ticket Mobilization May 23 – June 5, 2022 (PDF)